I was working on my first task - adding support to image dimensions that are not multiple of 8.
I first thought it shouldn't take more than few days, but it turned out to be more complicated than I thought. It took me some time to understand the exact requirement and how the API should work.
Then after I more or less understood what I should do, I had a lot of bugs related to implementing the padding.
The task involved adding code to the kernel both for the encoder and the decoder and then updating the userspace to use to new API. Both userspace and kernel space had changes in the encoder side and decoder side. This made it a bit hard to debug since when the output video looked bad, that means the bug could be hidden in any of the 4 components. So trekking bugs took a while.
For testing I used a fascinating video showing jellyfish moving in the water.
It can be downloaded here.
And here are some screenshots. 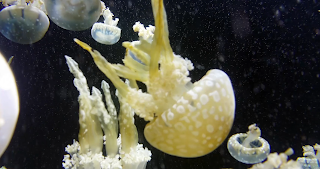 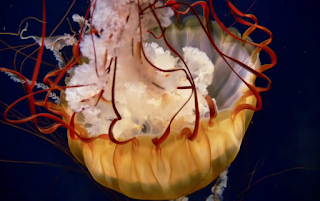 I wrote some utilities to help me debug. One utility  gives a value of a pixel in a yuv420 video for a given tuple (frame,plane,row,column). Other utility that helped a lot is a code that separates a yuv420 video to 3 separate videos - one for each plane. This is very helpful for understanding which of the 3 planes was defected.
Here are the utilities code: first and second (both compiled with gcc without any special flags).
Here are examples of how to use:

Apparently the word "gray" can be spelled with either "e" or "a", depends on whether you come from UK or USA.

Those utilities with a combination of a pile of debugs prints in the kernel and v4l-utils helped me understand where the bugs reside.

Here are some unpleasant surprises I got during my work: 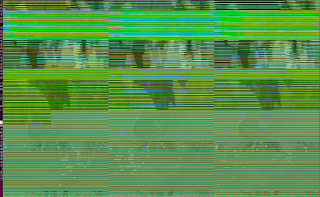 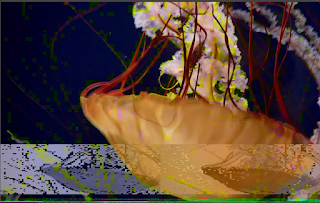 After fixing the code I sent two patches, one for the kernel and one for v4l-utils. Now I am in a phase of re sending the patches after review.
Posted by Dafna at 4:22 AM